After her turbulent years of dropping out of high school (4 years) and college (4 years), she went on to graduate from both, earning her degrees in English and Creative Writing at the University of South Carolina.

Sarah’s mother, Elizabeth Gilbert, was an artist, art educator and the president of the SC Artist Guild.  Her father, Thomas Gilbert, coined the term “Performance Engineering” and is considered the founder of the field of Performance Technology.  He credited Sarah with her input in his book: Human Competence: Engineering Worthy Performance.  In his earlier years, Tom studied under B.F. Skinner (B.F. Skinner was Sarah’s first babysitter – by accident!). Both of Sarah’s parents died in the ’90s.

Sarah moved to Paris, France, where she lived for two years (she lived in the 7tharrondissement and then the 14th arrondissement – as well as in Fontainebleau) where she learned to speak French very badly and became a travel writer.

She was married to  William Price Fox (an even more highly acclaimed novelist, being praised by Kurt Vonnegut, Walt Kelley and Bruce Springsteen – who wrote his song  Darlington County based on Bill’s book Dixiana Moon).

Sarah and Bill lived in Columbia, S.C., then Baltimore, MD, writing (between the two of them, they published over 10 novels), rescuing countless animals and raising a civic-minded, marvelous daughter named Jenkins (who now lives in New York City studying political science and history).  During these years, Sarah became an editor and social media strategist for magazines and science journals, as well as a visual and content strategist (with a focus on user interface and branding), working in both non-profits and for-profit fields.

Sadly (and after a very long illness) Bill died in 2015. During Bill’s illness, Sarah started her own consulting business and, concurrently, took up painting.

Since Bill’s death, Sarah has sold her paintings and shown in galleries in NYC.

Her consulting practice has thrived and she offers pro bono work to other creatives.

Sarah and her new husband, Mark Tolson,  live in the Washington, DC area.

● About Sarah’s Art – and her Artist Statement

Focus on the joy of playing with paintings and sculptures.  Read her art philosophy.

Before the original abstracts and unique animals, there were the novels.
Sarah Gilbert’s first novel was discovered by Jacqueline Kennedy Onassis; however, Jamie Raab (the President and Publisher of Celadon Books, and former Publisher of Grand Central Publishing – originally Warner Books) was the editor who snagged it (under the Warner Books imprint)… only after the book had landed on a sport’s editor’s desk who went to lunch with Jamie, laughing at how an agent could be stupid enough to send a sport’s editor a book called Hairdo. Jamie loved the title, asked to see it, and Voilà.
Click to read more about Sarah Gilbert Fox’s novels.

● CV / Resume > a focus on all things UI / UX: sarah@sarahgilbertfox.com 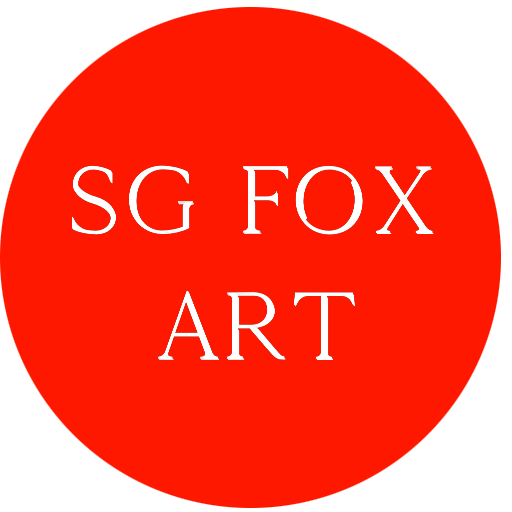